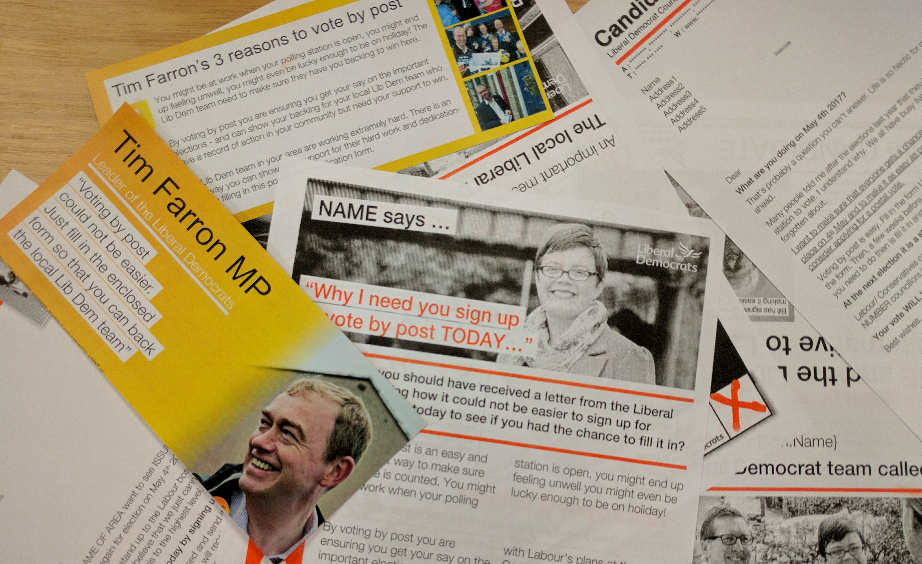 ALDC is organising a national Fortnight of Action to help campaigners build the number of Liberal Democrat supporters on postal votes. Evidence shows that postal voters are significantly more likely to vote than 'regular' voters - particularly in local elections.

In order to win elections it is important to make it easy for your supporters to vote.

In partnership with ALDC we are offering a ready built pack that will make your efforts easier and more successful.

First off, we will provide you with a ready to deliver target mail consisting of a letter, insert from Tim Farron and a postal vote form. This will let your supporters know how important signing up for postal votes are and let them know you will be calling round with a form later. Liberal Democrats that have used with technique have doubled with numbers of returned postal vote form when compared to 'cold calling.'

We are doing a special price for the ALDC Postal Vote Action Fortnight of 20p per elector (inc. VAT). For that you will receive: